Our prediction for this match is Denmark to win 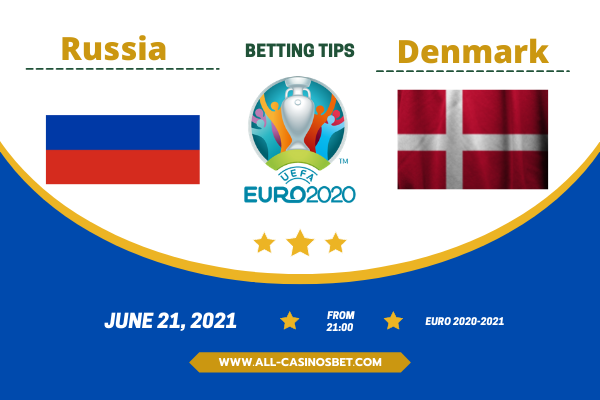 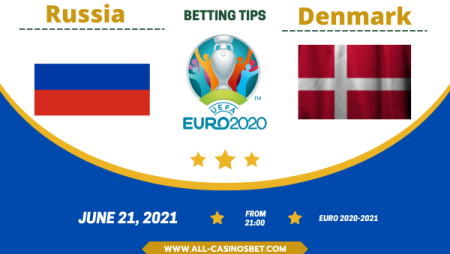 Russia vs Denmark. The teams of Russia and Denmark face off in the last match of their group at the European Championship. The match will take place at the Danish stadium, which gives a serious advantage to the “red dynamite”.

The Russian national team started their participation in the tournament with a heavy loss with a score of 0-3 from Belgium, but quickly recovered and beat Finland in their second match 1-0. “Sbornaya” need a new success that will guarantee them exit from the group.

The Russians have been showing hesitant form since the beginning of the calendar year, recording four wins, one draw and two losses. The Russians played their first two European matches at home, and on Monday they will have the difficult task of playing at their opponent’s home.

The Danish national team lost both of its matches in the group stage of the European Championship and also needs a mandatory victory to keep its chances of advancing to the elimination phase of the tournament.

The Danes played a strong match against Belgium and had the opportunity to increase their lead, but in the end the omissions and lack of luck led to another defeat by 1-2. The Scandinavians were in a strong series before the start of the tournament, recording four wins and one draw in all five matches of all tournaments since January.

Three of their victories came in world qualifiers and their goal difference was impressive – 14: 0.

We think that the Russian team will approach the match cautiously, while the Danes will attack from the very beginning and try to press their opponent. We predict that the Scandinavian team will end its bad series and beat Russia – the odd is 1.70 in Novibet.