Our prediction for this match is Spain to win and both teams to score. 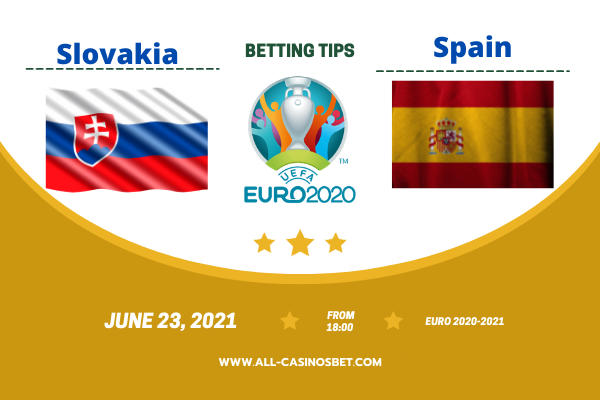 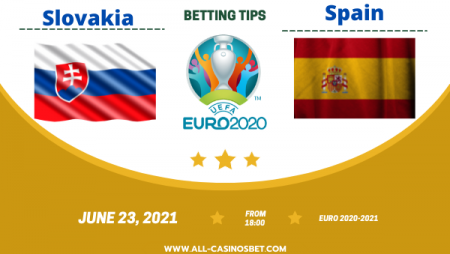 Slovakia vs Spain. The national teams of Slovakia and Spain meet in the third and final match of their group at the Euro 2020.

Slovakia has shown a hesitant game since the beginning of the calendar year with only two victories. The main problem for the Slovak team is related to mistakes in defense, which have led to six goals in the previous six games of the team.

The Spanish national team is in a delicate situation, occupying the unenviable third position in their group. Luis Enrique’s boys have recorded two consecutive draws against Sweden and Poland and have no right to make more mistakes if they want to leave the group.

La Furia have not lost in their last nine matches of all tournaments, but in six of them they ended in a draw. The difficulties in attack and the omissions of Alvaro Morata, Gerard Moreno and company cost a lot of points to the team, which in its previous three games scored only one goal.

The Spanish national team faced Slovakia for the last time in their qualifying group for the previous European Championship, when the teams exchanged one home victory.

We expect that the national team of Slovakia will approach cautiously and play defensively, looking for opportunities to counterattack.

Spain needs a mandatory victory, which implies an offensive game from the very beginning. We predict that the Spaniards will reach their first victory at the European Championships, but will again concede a goal in their door – the odd is 3.40 in the Mobilewins.