Our prediction for this match is goals over 2.5 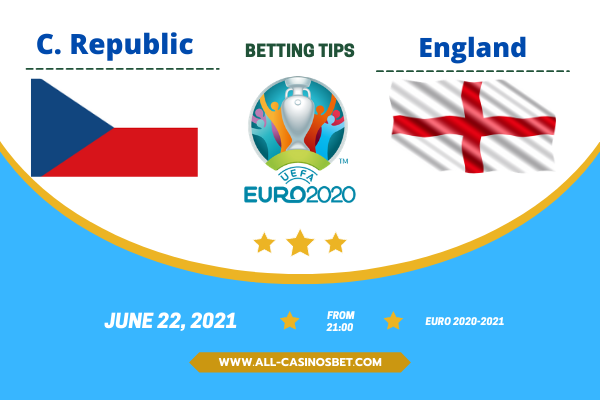 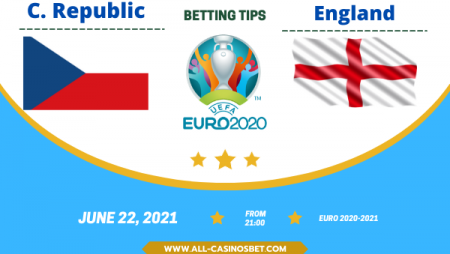 Czech Republic vs England. The England national team hosts the Czech Republic in the last match of their group. The clash will take place again in the English capital, which will be a great advantage for the boys of Gareth Southgate.

The guests from the Czech Republic demonstrate a strong game and are one of the surprises of the tournament so far. t Scotland beat 2-0 away in Glasgow, and then recorded a 1-1 draw against world runner-up Croatia, which has an equal number of points with their opponent England.

The Czech striker Patrik Schick confidently leads his team to the elimination phase, and with his three goals he is the leader in the goal-scoring ranking, together with Cristiano Ronaldo.

They have the opportunity to finish as leaders in the group in case of victory or a draw, as they have scored more goals than the English.

Czech Republic faced the national team of England in its qualifying group for the European Championship and then lost heavily at Wembley with 0-5, in the rematch came to victory with 2-1.

The British started their tournament with a minimal victory over Croatia, but then failed to beat their neighbors from Scotland. It was this draw that put an end to the great English series of seven consecutive victories in all tournaments.

The England national team has shown excellent defense and has not conceded a goal in any of its previous four games. The problems for the team come from the few goals scored as Harry Kane and company have scored only three goals in their previous four games.

We think the English will play offensively and try to take an early lead in the match. We expect that the Czech Republic will not give up and will continue with strong performances. Our prediction is that will be at least three goals – the odd is 2.20 in Mobilewins.